Plants have to cope with ever-changing and sometimes adverse environmental conditions. In order to deal with these circumstances, they have developed a wealth of developmental solutions to shape their body plan and optimise their metabolism in response to given environmental demands. In first place, such responses rely upon and, likewise, witness the remarkable developmental flexibility of plants, including permanent meristematic activity, de novo organogenesis, and the enormous capacity for regeneration. However, coordinated plant growth and development as well as appropriate plant stress responses require an efficient communication not only of single cells, but rather of whole tissues. As with animals, plants use a limited number of hormonal compounds to accomplish this task. To date, we know that the plant life cycle, from germination till reproduction, is controlled by a highly complex network of low abundant signalling molecules, referred to as phytohormones. The existence of such compounds has already been proposed more than 120 years ago, by the famous plant physiologists Charles Darwin (1880) and Julius von Sachs (1887). Already back then, they were convinced that coordinated morphogenesis and functionality of multi-cellular organisms has to rely on transmissible signals that are transported within the plant cormus. 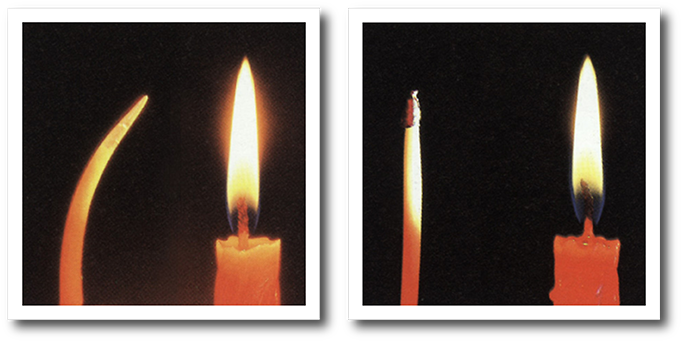 We have to conclude that, if a seedling is exposed to lateral light, there is a transmissible influence transported from the upper part to the lower part of the seedling causing it to bend.

Plant hormones play an extraordinarily important role in plant development, as they act at the crossroads of integration of external stimuli and initiation of appropriate developmental responses. At present, it is not entirely clear how plants integrate external cues and convert them into signals that drive the adjustment of the developmental program, but it seems beyond question that complex biochemical networks are involved in coordinating the developmental plasticity of higher plants. Up to date, several different molecules and compound classes, respectively, are known that possess phytohormone- or phytohormone-like activity. In general, two categories of those substances can be distinguished: on the one hand, evidence has been provided that several endogenous oligopeptides, including CLAVATA3, systemin, or phytosulfokine-α, contribute to either plant growth and development or plant stress responses. On the other hand, research in plant physiology carried out for over 80 years disclosed a small number of non-peptidic plant hormones. These low molecular weight signalling molecules include auxins, gibberellins, cytokinins, abscisic acid, salicylic acid, ethylene, brassinosteroids, and jasmonates. However, it cannot be assumed that those mentioned compounds already represent the complete hormonal portfolio of plants. Rather, recent research highlighted the existence of additional plant hormones that became evident not least through constant progress in analytical technology and instrumentation. For example, strigolactones have been reported as endogenous plant metabolites that contribute to the regulation of shoot branching. Furthermore, so-called karrikins, smoke-derived compounds that share some structural similarity with the strigolactone class of plant hormones, have been shown to affect seed germination and enhance light responses in Arabidopsis. It seems likely that more molecules with phytohormone character will be identified in the future. As an example, the smoke of wildfires also includes cyanohydrins that release germination-stimulating cyanide upon enzymatic breakdown. However, final evidence that karrikins are indeed plant endogenous signal substances is still lacking, but the fact that plants apparently posses distinct signalling components to process karrikin-derived inputs and do not exclusively rely on the strigolactone signalling pathway may imply their important and possibly more general role in steering plant developmental processes.
Plant hormones are often classified into growth promoting phytohormones and growth inhibiting ones, according to their predominant activity even though this very simplified picture does not always hold true. While auxins, cytokinins, gibberellins, and brassinosteroids are generally counted among the growth promoting group, ethylene, abscisic-, salicylic-, and jasmonic acid are referred to as plant stress and defence hormones, respectively, whose growth inhibitory activity is well established. However, there is mounting evidence that plant development is largely controlled not by the isolated action of single plant hormones, but rather by the crosstalk of plant hormones in an elaborate signalling network that not only controls plant architecture but also facilitates the plant to respond to various external stress cues appropriately.